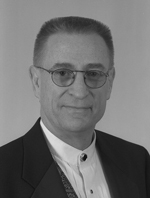 James Lorin Lord passed away on February 17, 2019 in Seattle, WA. due to complications associated with cancer and a stroke.

Jim was born on November 20, 1937 in Ellensburg, WA to Roy and LaVerda Lord. He was raised in Colfax, WA and went on to attend Washington State University where he graduated with a B.S. degree in Zoology in 1960. He furthered his education at the University of Washington where he was awarded a DDS degree in 1964.

During 1964-65 Dr. Lord was in private dental practice in Garfield, WA. In 1965 he joined the Prosthodontic Department faculty at the School of Dentistry, University of Washington. During his initial years on the faculty he was enrolled in the Graduate Prosthodontic program and was awarded an MSD in Prosthodontics in 1970. Beginning at the rank of Instructor he was promoted to Assistant Professor in 1971 and Associate Professor in 1974. Jim developed into a gifted prosthodontist and an outstanding dental educator. He received numerous awards from the dental students for his outstanding teaching abilities.

An avid fisherman, Jim loved being on the water and spent many summer vacations with his three sons, living on their fishing boat in the San Juan Islands. He retired on his floating home in Portage Bay (Lake Union) in 2003.

Jim was a husband, father, step-father, grandfather, brother, teacher, colleague, neighbor and friend. In the final years of his life, he suffered from dementia and as a result lived a relatively quiet and simple life on the water. He loved spending his days watching the boats and lake goers make their way through the Montlake Cut of Lake Union and feeding ?his? ducks and geese.