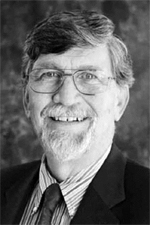 Robert E. Gillis Jr., DMD, passed away March 16, 2015, in Sacramento, California, after a short illness. Dr. Gillis was a native of Pennsylvania and spent his youth in Pennsylvania and New Jersey. He graduated from Seton Hall Preparatory School in West Orange, New Jersey, in 1962, from which he entered the College of the Holy Cross in Worchester, Massachusetts. Dr. Gillis received a B.S. in Biology from the College of the Holy Cross in 1966. He entered the University of Medicine and Dentistry of New Jersey in 1966 and received the DMD degree in 1970. Upon completion of Dental School, Dr. Gillis completed a rotating dental internship in the United States Public Health Service in San Francisco and then spent an additional two years with the Public Health Service. Dr. Gillis entered the Mayo Graduate School of Medicine, Rochester, Minnesota, in 1973 for a residency in Prosthodontics and Maxillofacial Prosthetics. He completed that residency in 1976 with a certificate in Prosthodontics as well as the M.S.D. degree which was awarded by the University of Minnesota. He served as a clinical instructor in Prosthodontics and an Adjunct Assistant Professor in Oral Biology and Maxillofacial Prosthetics at the University of California, San Francisco, from 1976 to 1978. He then served as Lecturer, Clinical Assistant Professor and Clinical Associate Professor in the Department of Otolaryngology, University of California Davis Medical Center in Sacramento from 1978 to 1988. He began a private practice in Prosthodontics in Sacramento in 1978 which he operated until his death. Dr. Gillis is a Diplomate of the American Board of Prosthodontics.

Dr. Gillis was also very committed to community service. He worked extensively with the American Cancer Society where he served on multiple committees at the state and local levels and was a member of the Board of Directors of the Greater Sacramento Cancer Council. Consistent with his profound religious beliefs, Dr. Gillis and his wife actively participated in their church activities and served both locally and nationally in Worldwide Marriage Encounter for the past fifteen years. In addition to his wife Dr. Gillis is survived by his five children and seven grandchildren.