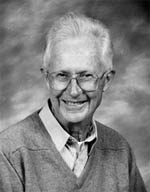 Tom Curtis was a native of the San Francisco Bay Area, who led a full and wonderful life; he was a gifted athlete, a war hero, a scholar, a devoted husband and loving father, who left an enduring legacy for his family, community, profession. He did more than his part to make this a better world for us and for future generations.

At Berkeley High School, he was a three-sport varsity athlete and received multiple college scholarship offers. At the age of 17, he signed a contract to play baseball in the Cincinnati Reds farm system. He completed one semester of college at Cal Berkeley before entering the U. S. Army, where he served in the elite 10 Mountain Division. For his combat service in Italy, he received two Purple Hearts, the Bronze Star and Silver Star metals for his bravery.

In 1945, Tom entered undergraduate school at the University of California at Berkley. He graduated UCSF School of Dentistry in 1951 with the highest academic awards. He then joined his father, Harold Curtis, in his practice in Berkeley. About the same time, Tom met, courted and married Leota 'Sis' Moulton, forming a bond of love and support that spanned over 55 years.

Tom was especially active in the Academy of Prosthodontics and Pacific Coast Society for Prosthodontics, where he and Sis formed lifelong friendships with members of both groups. In retirement, fishing trips to Mexico and to Alaska with prosthodontic colleagues were the basis of continuing and lifelong friendships. One of his proudest achievements was catching and releasing a 200 lb. Blue Marlin on a fly rod while fishing in Zihuatanejo, Mexico.

Tom left a significant professional legacy, but he left an even greater legacy as an outstanding husband and father, and being the type of man with whom everyone enjoyed participating in fellowship.